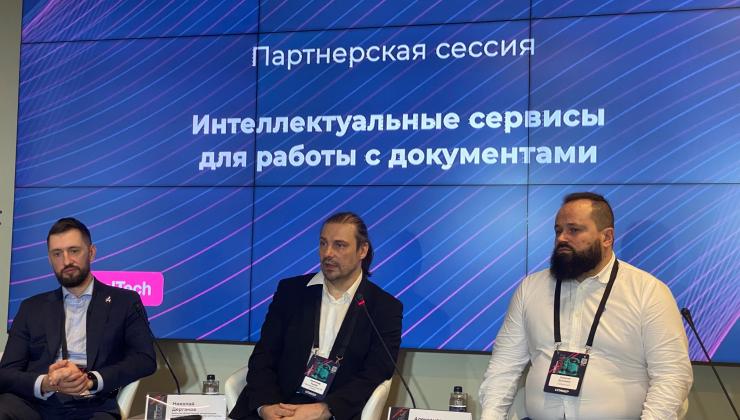 TurboContract and DM Solutions during the partner session at Distant&Digital Conference presented their vision of the eco-system that can be built around Document Designer tool to significantly enhance productivity of legal departments.

Aleksey Dyachenko (CEO and co-owner of TurboContract), presented the key advantages of the toolkit that can be summed up in three words: fast, convenient and efficient.

Integration of the Designer into the customer's working environment takes a few days, the training to work with its interface takes only 3 hours. The tool can automatically upload data from various data systems such as the Unified State Register of Legal Entities, supports a multi-user work scenario, has a flexible setting of access rights to a version or part of the agreed document, and a host of other advantages that make it as flexible as possible and allow you to implement any tasks of a lawyer who needs to create an automatic document template.

As for efficiency, in some already implemented scenarios of the Document Designer, the speed of working with the “agreement plus all its annexes” kit increases 16 times. The speed of document approval can increase by 60%.

The first group of services are systems designed to build the life cycle of the contract created in the constructor, the entire template and its individual parts: EDMS, BPM, CaseMS, etc.

The second is various services that simplify the creation of a document: text recognition, chat bots, and RPA. For example, to fill out a document, the user answers questions asked in natural language by a chatbot. In the case of document recognition, part of the information for creating a document can be obtained from contracts and powers of attorney already loaded into the system, which are automatically recognized and data from them is added to the constructor. RPA (robotics) allows you to quickly integrate with other systems that can also serve as data sources for the Designer.

The third, most interesting, group represents various services based on artificial intelligence and machine learning. For example, optimizing the creation of a document template: the service analyzes a package of documents, finds common fragments in them according to the specified criteria, adds these fragments to the Designer's library, and a significant part of the work on creating your template is done.

Another example is the services that analyze documents and parse them into semantic and structural units to create standard responses to official requests. The scenario is applicable when working with standard appeals or claim documents, when creating amending legal acts / local legal acts, additional agreements, analyzing local legal acts to create powers of attorney, etc.

The joint booth of DM Solutions and TurboContract aroused great interest of the conference visitors, demonstrating the automatic creation of the so-called “changing legal acts”. Such a scenario became possible thanks to the flexible architecture of the TurboContract, which allows taking into account the complex structure of legal acts, as well as the algorithm developed by DM Solutions for determining this structure and the mechanism for generating amending wordings according to the rules for amending legislative acts. The service greatly simplifies not only the process of creating a changing local legal act, but also immediately creates its updated version.

As a result of creating such an ecosystem around the Designer, the customer gets a digital transformation of a critical block of business activities – contractual and regulatory work, where the cost of a mistake is usually high.